Ken Albala
University of the Pacific

Ken Albala is Professor of History at the University of the Pacific and director of the Food Studies MA program on the San Francisco campus. He is the author or editor of 21 books on food including Eating Right in the Renaissance, Food in Early Modern Europe, Cooking in Europe 1250-1650, and Food in Time and Place. He co-edited the journal Food, Culture, and Society and edited A Cultural History of Food: The Renaissance and the Routledge International Handbook to Food Studies. In his spare time he makes functional pottery in his own basement studio and cooks as often as possible, usually from historic sources. 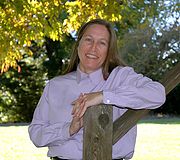 Patricia Allen is Chair of the Department of Food Systems and Society at Marylhurst University. She received her PhD in Sociology from the University of California Santa Cruz and her current work focuses on food system localization and food justice. She is the author of Food For the Future: Conditions and Contradictions of Sustainability and Together at the Table: Sustainability and Sustenance in the American Agrifood System. 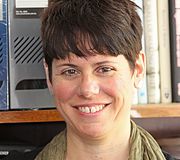 Rachel A. Ankeny teaches in the undergraduate program in history and in the postgraduate coursework program in food studies at the University of Adelaide. She is an interdisciplinary teacher and scholar whose areas of expertise cross three fields: history/philosophy of science, bioethics and science policy, and food studies. She is the author of numerous articles on food ethics, food policy, and model organisms.

Warren Belasco is Professor Emeritus of American Studies at the University of Maryland, Baltimore County, where he taught courses on U.S. culture, environmental studies, and, of course, food. He has also served as Visiting Professor in Boston University’s Gastronomy Program. He received his doctorate in history at the University of Michigan. Dr. Belasco is the author of numerous books including: Appetite for Change: How the Counterculture Took on the Food Industry; Meals to Come: A History of the Future of Food; and Food: The Key Concepts. He is co-editor of Food Nations: Selling Taste in Consumer Societies, Food Chains: From Farmyard to Shopping Cart, and The Handbook of Food Research.

Anne C. Bellows is Professor and Graduate Program Director of Food Studies at Syracuse University. Her research interests focus the human rights framework and the right to adequate food and nutrition including food and nutrition security, and further embrace food and nutrition systems and economies; linkages between sustainable agriculture, development and livelihoods; and civil society, social movements, food sovereignty and social justice. Dr. Bellows has published widely on these subjects.

Amy Bentley is an associate professor in the Department of Nutrition, Food Studies and Public Health at New York University. A historian with interests in the social, historical, and cultural contexts of food, she is the author of Inventing Baby Food: Taste, Health and the Industrialization of the American Diet, Eating for Victory: Food Rationing and the Politics of Domesticity, and editor of A Culture History of Food in the Modern Era. Bentley is co-founder of the Experimental Cuisine Collective, an interdisciplinary group of scientists, food studies scholars and chefs who study the intersection of science and food. She serves as editor for the journal Food, Culture and Society: An International Journal of Multidisciplinary Research.

Rachel Black is an anthropologist and historian specialized in the study of food and wine. Originally from Vancouver, Canada, she has lived, studied, traveled and worked in Europe and the United States for most of her adult life. In 2006, she completed her doctorate in Anthropology at the Università delgi Studi di Torino. From 2007-2008 she was a post-doctoral fellow at the Università di Scienze Gastronomiche in Italy. In 2009, she came home to Canada and was a lecturer in Anthropology at the University of British Columbia. She was an Assistant Professor and Coordinator of Gastronomy at Boston University from 2010-2014 and a fellow at the Collegium de Lyon. She is the author of Porta Palazzo: The Anthropology of an Italian Market. 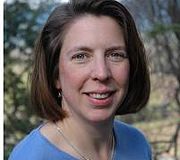 Melissa Caldwell is a professor of Anthropology at the University of California Santa Cruz. Her research and teaching focuses on diverse topics including: Poverty and Inequality; Social Justice; International Development; Anthropology of Food; Consumption; and Memory and Trauma. She is the author of Not by Bread Alone: Social Support in the New Russia, Food and Everyday Life in the Postsocialist World, and Dacha Idylls: Living Organically in Russia’s Countryside. She is the editor of Gastronomica and the co-director of the Multi-Campus Research Program on Studies of Food and the Body. 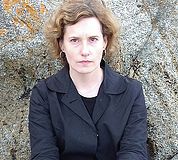 Joyce E. Chaplin is the James Duncan Phillips Professor of Early American History at Harvard University. A former Fulbright Scholar, she has taught at five different universities on two continents and an island, and in a maritime studies program on the Atlantic Ocean. She is most interested in topics where humans and nature meet, including subjects in early American history, intellectual history, the history of science, and environmental history. She is the author of numerous books including An Anxious Pursuit:  Agricultural Innovation and Modernity in the Lower South, 1730-1815 and Round about the Earth:  Circumnavigation from Magellan to Orbit. She is co-editor of Food in Time and Place: The American Historical Association Companion to Food History.

Simone Cinotto teaches history at the University of Gastronomic Sciences, Pollenzo, Italy, where he is the director of the Master’s Program in Food Culture and Communications: Food, Place, and Identity. His research and teaching interests include migration history, food history, Italian and Italian-American history, and consumer society history. He is the author of Soft Soil, Black Grapes: The Birth of Italian Winemaking in California and The Italian American Table: Food, Family, and Community in New York City.

Carole Counihan is Professor Emerita of Anthropology at Millersville University in Pennsylvania.  Her research centers on food, culture, gender, and identity in the United States and Italy.  Among her books are A Tortilla Is Like Life: Food and Culture in the San Luis Valley of Colorado, Around the Tuscan Table: Food, Family and Gender in Twentieth Century Florence, and The Anthropology of Food and Body: Gender, Meaning, and Power.  She is editor with Penny Van Esterik of Food and Culture: A Reader, with Psyche Williams-Forson of Taking Food Public: Redefining Foodways in a Changing World, and with Valeria Siniscalchi of Food Activism: Agency, Democracy, and Economy.  She is editor-in-chief of the scholarly journal Food and Foodways. 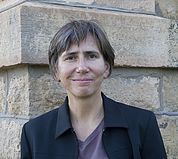 Lisa Heldke is professor of philosophy, and gender, women and sexuality studies, at Gustvus Adolphus College. She is the author of Exotic Appetites: Ruminations of a Food Adventurer, and co-editor of several anthologies, including Cooking, Eating, and Thinking: Transformative Philosophies of Food. Her research and teaching approaches familiar food issues through the philosophical lenses of metaphysics and epistemology. She is a section editor for The Encyclopedia of Food and Agriculture Ethics.

Alice Julier is the Program Director and Associate Professor of Food Studies at Chatham University. She is a sociologist who has been teaching and writing about inequality, food, and everyday life for two decades. Prior research include the feminist women’s health organizations, gender, race, and leadership in the US Civil Rights Movement, and critical social theory. These interests center on how people navigate practice and politics, activism and everyday life. She is the author of Eating Together: Food, Friendship, and Inequality and a former president of the Association for the Study of Food and Society.

Jane Kauer is a lecturer in Anthropology at the University of Pennsylvania. Her teaching and research focus on issues having to do with food, eating, body and culture and she is interested in the role that eating has in contemporary American culture and social relationships. She is actively involved in the Food Studies consortium at Penn.

Fabio Parasecoli is Associate Professor and Coordinator of Food Studies at the New School in New York City. His research explores the intersections among food, media, and politics, particularly in popular culture. He studied East Asian cultures and political science in Rome, Naples and Beijing.  Recent publications include Bite me! Food in Popular Culture and Al Dente: A History of Food in Italy. He is general editor with Peter Scholliers of the six-volume Cultural History of Food. His current book projects are Unequal Territories: Food, Place, and Power in the Global Market and Feasting Our Eyes: Food Film, Cultural Citizenship, and Identity in the U.S. 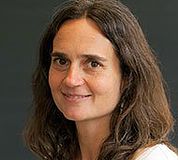 Heather Paxson is the William R. Kenan, Jr. Professor of Anthropology and Margaret MacVicar Faculty Fellow at MIT, where she serves as the Director of Graduate Studies for the Program in History, Anthropology & Science, Technology, and Society. She has researched the production of artisanal cheese in the United States for a decade, with particular interest in understanding how craftwork has become a new source of cultural and economic value within American landscapes of production and consumption. She is the author of The Life of Cheese: Crafting Food and Value in America as well as numerous peer-reviewed articles on diverse topics related to anthropology and artisanal cheese.

David Szanto is a researcher, artist, and teacher, taking an experimental approach to gastronomy through design, ecology, and performance. Past projects include: Je me souviendrai : 52 cocktails of Québec, a narrative of québécois identity through drinks; A Tranche of Berlin, a performative meal event representing the urban foodscape of Berlin; gustation direction on the immersive sensory environment, and Displace (Mediations of Sensation). Having previously taught at Concordia University and l’Université du Québec à Montréal, he is currently acting director of the master program in Representation, Meaning & Media at the University of Gastronomic Sciences in Italy. 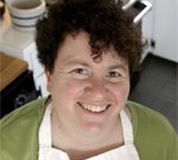 Amy Trubek is  an Associate Professor in the Nutrition and Food Science department at the University of Vermont and Faculty Director for UVM’s graduate program in Food Systems. Trained as a  cultural anthropologist and as a chef, she has spent her career working  as an interlocutor between the preoccupations of the discipline of anthropology and the everyday practices of cooks and other food (and drink) producers. She has focused on such varied topics as the history of the culinary profession, cuisine and nationalism, globalization of the food supply, the relationship  between taste and place, and cooking as a cultural practice. She is the author of The Taste of Place: A Cultural Journey into Terroir.

Harry West is a professor of Anthropology at the University of Exeter. In his previous post at the School of Oriental and African Studies in London, he co-founded and directed the SOAS Food Studies Centre, and convened an MA in the Anthropology of Food with colleagues Johan Pottier, Jakob Klein, and Elizabeth Hull. With Nuno Domingos and José Manuel Sobral he published Food Between the Country and the City Ethnographies of a Changing Global Foodscape in 2014. He is currently working on food, heritage and memory, with a focus on artisan cheesemaking. He has conducted research with artisan cheese makers and cheese mongers in 13 countries, mostly in Europe, but also in Turkey, Canada and the United States.

Andrea S. Wiley is Professor of Anthropology and Director of the Human Biology Program at Indiana University, Bloomington. She received her PhD in medical anthropology from University of California, Berkeley & San Francisco, an MA in Demography from UC Berkeley, and a BA in the Biological Basis of Behavior at University of Pennsylvania.  She is the author of four books: Cultures of Milk: The Biology and Culture of Dairy Consumption in India and the United States; Re-imagining Milk; Medical Anthropology: A Biocultural Perspective; and  An Ecology of High-Altitude Infancy. She has broad interests in human diet and nutrition and how these impact human life history parameters, and specific interests in how the consumption of bovine milk has shaped human biological variation.

The faculty board provides mentorship and support to GAFS and its student members. If you're interested in joining the faculty board, we'd love to hear from you at graduatefoodassociation[at]gmail.com.