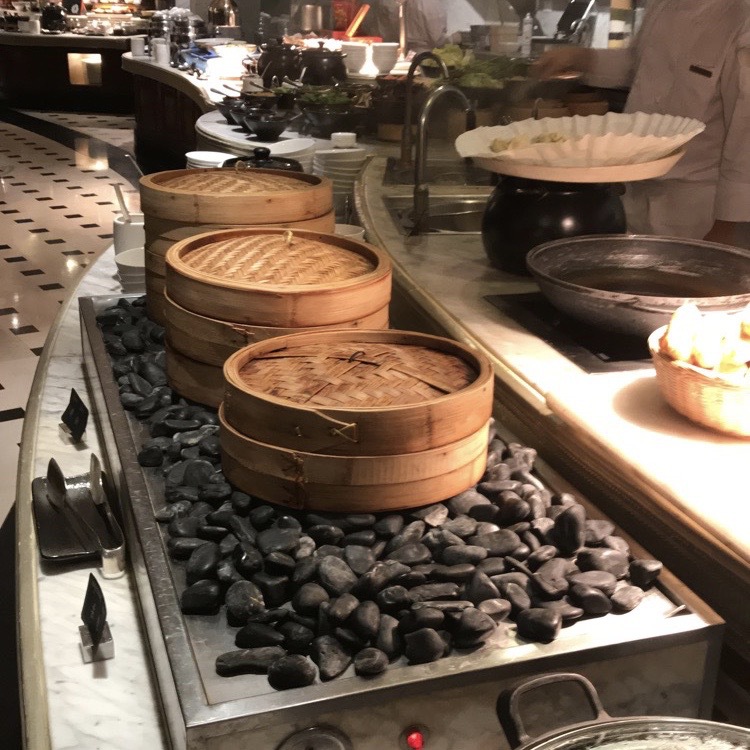 The opportunity to travel was one of the many perks of my career in internet-based marketing and advertising—by the end of 2017, I had eaten my way through thirteen countries in that year alone. Every country seemed to offer a unique food or dish representing their national cuisine. I wanted to try them all, and that is precisely what I did. I enjoyed waffles in Belgium, mansaf in Jordan, falafel in Israel, Peking duck in China, sancocho in Panama, baklava in Turkey, and the list goes on. For that year, I found myself traveling from country to country in search of “authentic” food.[1]

The most memorable meal I enjoyed that year took place in Milan, Italy where I found myself alone in a small restaurant called Osteria della Pista. The table adjoining mine held a vibrant party of fifteen, and it was clear they were having a good time. Before I even had a chance to order, I was invited to join this group of diners, but there was a catch. They informed me that each member of the party came from a different country, and I was asked to guess their nationalities before joining them for dinner. I guessed correctly for seven members of the party and was promptly given a seat at their table.

I don’t believe there was a subject or a menu item that was left untouched at the table that night in Milan. We dined on wood-fired pizza and handmade pastas and we discussed politics, religion, sexuality, and sports as the wine flowed freely amongst us. The table became a judgement-free zone where we could all speak our minds. It was a place where respect was served with a side of gelato.

When I left the dinner that night, full as I was, my appetite for thinking deeply about food and culture galvanized me into action. I found myself dwelling on a new set of preoccupations: Does the food we eat build social connections or do social connections influence the food we eat? How does food forge the bonds between societies? How did societies forage for food? And what the hell is “authentic” food, anyway?[2]

By the time 2018 rolled around, it was clear that the memorable meals I experienced left me with more questions than answers. My appetite for understanding had further intensified by that June, and I found myself in Istanbul, Turkey spending the summer taking a course on the sociology of food at Boğaziçi University. In my free time, I began doing independent research on meyhane, a type of restaurant that dates back to the Byzantine Empire, to better understand how food and social identity intertwined within this city’s borders. In Istanbul, different groups had different, sometimes conflicting understandings of what an “authentic meyhane” looked and felt like—and none of them were less justified in their claims to authenticity than others. Furthermore, the history of meyhanes and meyhane culture revealed that an authentic meyhane didn’t exist in a historical vacuum, as they went through significant changes in social, cultural, economic, and political practices over time.

In all of the countries I visited, each restaurant owner prided in serving authentic food, or providing an authentic experience to their patrons. I realized that authenticity didn’t necessarily signify the same thing for everyone. I learned that, instead of taking particular definitions of authenticity for granted, it was necessary to question the very meaning of the concept. Who defines authenticity? What kind of power relations are embedded in the process whereby its definition is reified? How and by whom are these definitions challenged? What sort of social, political, and economic reasons make authenticity invaluable to culinary culture?

As it turned out, Istanbul was the quintessential backdrop to begin my doctoral journey. The diverse symbolism and rich culture provided a powerful catalyst to motivate me to apply to a PhD program so I could seek the answers to the many questions I still had after dining all around the globe. This past August I made the decision to take a leave of absence from my twenty-year career to pursue a PhD in sociology at the University of Florida. As I now embark on this journey exploring the many facets of food, culture, and authenticity, my appetite remains as voracious as ever, but luckily studying food has been a little kinder on my waistline.

Janna Tamargo is a graduate student in Sociology at the University of Florida and study coordinator for a research project gathering perspectives on authenticity and gender in gastronomical experiences. She is also the current president of the Florida Society of the Social Sciences. Janna has traveled to over thirty countries, speaks some of five languages, and currently splits her time between Florida and Turkey. Her research interests include the sociology of food, authenticity, and ethnicity in food culture.

[1] I am just starting on this journey and have yet to unpack what authenticity means in my research or in modern food culture. As of this writing, I see authenticity as being subjective and fluid in any context.

[2] This is a latent reference to Foucault and Heidegger as they resisted asking ‘what is’ because the use of ‘is’ implies the existence of an unchanged essence.